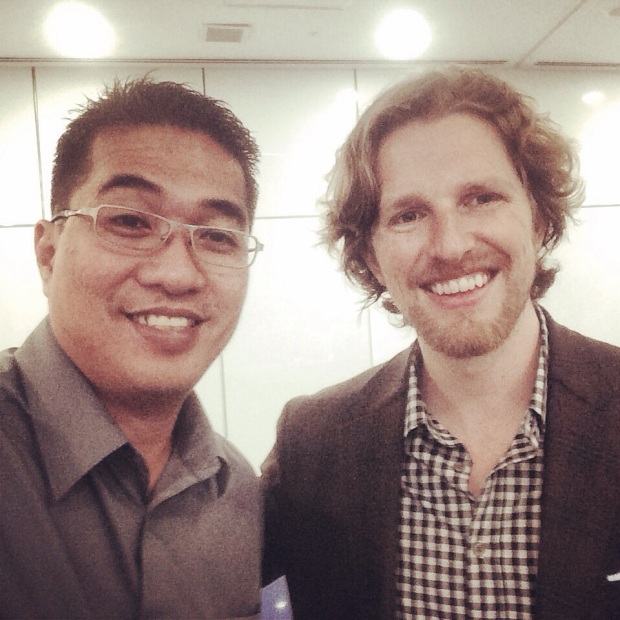 It was more than a year ago since I put my thoughts into words after realizing the fact that I can no longer write the way I used to. Perhaps, it’s because I already abandoned the anger, the angst and the non-conformist attitude that defined my existence during my youth, during my Philosophy days as a student in San Beda College.

I became a grown-up.

The motivation that fueled my passion in expressing myself either in the form of poetry or prose was suddenly channeled into the Sisyphean reality of my more-than-eight-hours-a-day of “making a living” as a yuppie. I traded my metaphors and narratives with PR strategies, communications plans and other cost-benefit project proposals for the companies that I worked for through the years. And I want to believe that I became good at it.

I am now making a living.

Until last week after having a small talk with a guy named Matt Mullenweg when our company, Globe Telecom, hosted him for a bloggers meet-up. Matt co-founded WordPress.com which is the popular blogsite that houses countless of blogs like this one under my namesake. This guy, who reads one chapter of a book every morning to jumpstart a creative day, paved the way to make writing available for everyone. This is a tribute for Matt for giving us WordPress.com.

Anyone can write but not anyone can get published during the pre-digital age. The limitation of the print medium because of commercial considerations made writing available only to the elite few whose hegemony discriminated what should be written and what should be read.

Writing exists to be read regardless of the form. Writing needs a reading channel to have its true form. It seeks an audience otherwise the thought behind it can be forgotten.

But thanks to digital mavericks like Matt who opened the door to those who aspire to be published. For as long as one wants to express individuality, shares interests and passion, or fights for a cause, a writing medium is readily available. People like me started to pound the keyboard and published our thoughts in WordPress.com and became writers in our own little right.

Anyone can now be read.

Anyone can now be published.

That night after Matt’s visit at The Globe Tower, I shared a few cold beers with an old friend from San Beda who attended the WordPress community Meet-up and we exchanged some ideas about the event. Being a former campus journalist and a sell-out like me, he said that blogging has become the alternative press for many who can’t get thru traditional media. True, but I said that the basic principle of blogging is that it’s always subjective. Blogging is supposed to be based on the experience of the blogger with the thoughts made into words and then shared among us. However, a blog can go bigger than what the blogger intends and even bigger than the traditional press because of the reach of Internet.

Blog content nowadays can go beyond the experience and opinion of every blogger thanks to social media. Blog content no matter how subjective can project a perception of objectivity when shared and amplified using social media especially if readers can relate to it. Relevance of content can generate traffic and establish a fan-based of readers which can make a blog popular. Popularity means acceptance by the readers whose judgement can build content credibility for the blog and blogger. Content consistency is also important as it can slowly elevate the blogger into a subject-matter expert of the chosen topic or theme that the blog carries.

Blogging has democratized writing. It made editors and critics irrelevant. The opinion of readers is what matter most than the selected few in this digital age. Blogging has set writing free from the critics and editors. The number of likes, shares and comments (be it negative or positive) shapes the credibility of a blog. The readers will be the judge if the content is good or if it sucks.

In the Philippines, blogging has gone beyond personal. But this blog is already too long. I will tackle that in my next blog: The state of Philippine Blogging.

Previously on Rule of Thumb

Rule of Thumb
Create a free website or blog at WordPress.com.